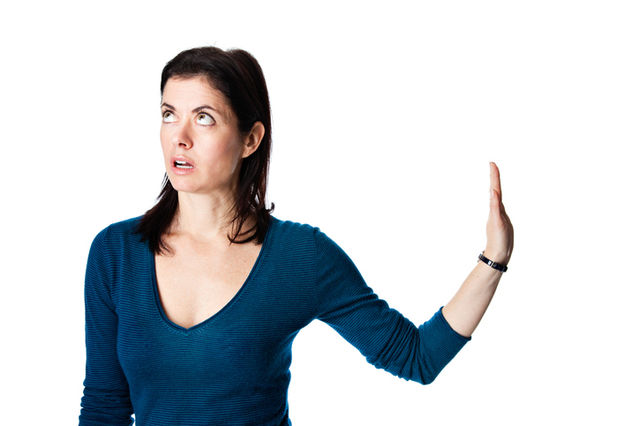 I came home like I do every Thursday. The wife greeted me with, “How’s your day?” “O.K.” came the zombie reply. “What’s wrong?” was the response  “Nothing” I said with a slight tune. To this the wife responded with THAT word, “What-ever!”

That word, when neutral, means  a lack of restriction in referring to any thing or amount, no matter what. Here’s the kicker, that word is never neutral. Try it, try saying whatever in a neutral tone; other then a half-dead zombie.

We are sensual people, we live through our senses. One of those sense is hearing. Last month I wrote a post about the two parts of communication → You’re Not hearing Me that post explained the two components of communication; the transmitter and receiver. This post is about another form of communication: META-communication and how to avoid it’s traps.

Since communication compromises two main parts, the receiver and the transmitter, diagnosing the source of the problem is pretty easy. Over half the messages we interpret depend upon the position of the transmitter (body language) and over a third depend on the tone alone. Text messages and other written communication take care of the position problem but not the tone. We humans are special. Half of you read special with a hint of sarcasm and the other half …  know you’re special. The problem is not what we hear or read but rather what we THINK we hear or read.

I should note that avoidance comes in two flavors: physical and mental. Some people you can’t avoid physically but you can avoid them mentally, if you’re not sure how to do that read   You’re Not hearing Me and Stay in YOUR Lane again.

Here is a story that, I feel, shows how to avoid idiots:

but Jesus went to the Mount of Olives.  At dawn he appeared again in the temple courts, where all the people gathered around him, and he sat down to teach them.  The teachers of the law and the Pharisees brought in a woman caught in adultery. They made her stand before the group and said to Jesus, “Teacher, this woman was caught in the act of adultery. In the Law Moses commanded us to stone such women. Now what do you say?” They were using this question as a trap, in order to have a basis for accusing him. But Jesus bent down and started to write on the ground with his finger. When they kept on questioning him, he straightened up and said to them, “Let any one of you who is without sin be the first to throw a stone at her.”

But Jesus bent down and started to write on the ground with his finger. When they kept on questioning him, he straightened up and said to them, “Let any one of you who is without sin be the first to throw a stone at her.”  Again he stooped down and wrote on the ground.

At this, those who heard began to go away one at a time, the older ones first, until only Jesus was left, with the woman still standing there. Jesus straightened up and asked her, “Woman, where are they? Has no one condemned you?”

“Then neither do I condemn you,” Jesus declared. “Go now and leave your life of sin.”

“Do not judge, or you too will be judged.  For in the same way you judge others, you will be judged, and with the measure you use, it will be measured to you.

Brothers and sisters, do not slander one another. Anyone who speaks against a brother or sister or judges them speaks against the law and judges it. When you judge the law, you are not keeping it, but sitting in judgment on it.

Live in harmony with one another. Do not be proud, but be willing to associate with people of low position. Do not be conceited. Do not repay anyone evil for evil. Be careful to do what is right in the eyes of everyone. If it is possible, as far as it depends on you, live at peace with everyone.

My point → I AM AN IDIOT ← and we are  ALL idiots. The best way for me to be less of an idiot is to judge only myself because at the end I want to say:

I have fought the good fight, I have finished the race, and I have remained faithful.