U R what U believe U R 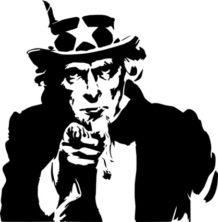 In 2011, Ipsos conducted a poll for Reuters News in twenty-four countries. The issue was about the belief.

Reuters wanted to know what humans believe about the origins of human beings. Respondents were prompted with the statement, “There has been some debate recently. Please tell me which of the following is closer to your own point of view.” They were presented with the following:

Just to be clear, when it comes to humans belief of humans (themselves), the jury is divided closely into thirds. This means a third do believe in creation or evolution, and a third are not sure. What does that mean? What does that say about us?

We don’t even agree about us!

Belief is a powerful thing; it’s not easily separated from the believer. It make the believer what they belief. This is what concerns me—that a third of us do not seem to have a belief of who they are.

I hope I  do not have to point out the importance of not knowing who you are: Ape or not?

I belief in loyal, integrity, honor, and moving forward NOT backwards and because of these beliefs I strive to be a better husband, father, and person then I was yesterday.  Belief is the state of mind. It changes as the Thinker changes. Read the post Do U c WhAt I c? to see what I mean.

Guess what happens when you’re convinced life Sucks Pickles? See? You are what you do or don’t believe … whether you believe me or not.