Others judge one another according to their own rules of fair play. This sense  of justice is a secret bitterness that passively waits for the Day of Judgment. It’s the feeling that someone has done wrong and the day will arrive to point it out.                                         Until then they privately hope for destruction.

It is most notable in gossip, someone says they forgive but in fact dwell on it. This type of forgiveness is bogus. It is words only with no action. The rational is that others fault dimension their value while magically increasing ours. I trust you see the problem; it is the opposite of love. This thinking, besides psychotic, weakens the design meant to strengthen us. I believe God created all. This is a belief that we all belong to the same family. Therefore any mistake by any of us weakens the herd.

Judgment cracks the relational bond and widens the gap until it breaks. When people “forgive,” in reality they feel it is a get-out-jail free card. The (ill) logic is thinking their past and future crimes get erased so long as the crime is less than the one “forgiven.” Reminding another of their guilt, to justify your wants, goes beyond the border of bad behavior into the neighborhood of crazy town. It accounts to relationship extortion.

People never recall the last good thing as easily as the last bad thing. There is more value in remembering others wrong because of a perverse form of behavior currency. This currency holds worth in others mistakes. The ledger of accounts is held by those who judge.  The ledger is the secret record of wrongs and rights. It is important that others do worse. Then you will always be in the black. Hopefully others do worst; this means you have something on them. So they can never question you. Tell me you see the craziness! 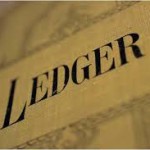 Everyone keeping a ledger recalls wrongs. They live a relative life because the truth is too hard. It means measurement is not based on accomplishment but rather screw-ups. In other words, the more those around me screw up the better I become. A judge never forgives because they lose power. The more they have on someone the more control and superiority they feel. Kind of like a Pharisee. Keep a healthy boundary between you and record keepers.

Good behavior is just good behavior. The intent and action are the same. It is original, other words, independent of anything anyone else does. It is True. Get it? For no other reason then it’s the right thing to do. Start with being prepared to forgive, that’s natural. Finish with running to welcome with open arms because you can’t wait to forgive because it hurts. That’s Supernatural.