I know? Interesting title. Since I write about things I know, you can bet I know something about Idiopathic. Specifically, Idiopathic Cerebellar Degeneration. Try saying that three times fast. If you read it middle name first, followed by last and then first (Cerebellar  Degeneration Idiopathic) it means my CEREBELLUM is DEGENERATING and the doctors have NO CLUE, hence the Idiopathic part.

I have since learn that idiopathic is quite useful. Example: When my wife asks why I did something a certain way, I just say “It’s idiopathic.” Here is a quick anatomy lesson; Cerebellum is Latin for Little Brain is a cluster of 90 billion neurons that make postural adjustments in order to maintain balance and modulates commands to motor neurons to compensate for shifts in body position or changes in load upon muscles. What that means, your cerebellum is why you can carry groceries up the stairs or stand in the surf.

This post is not about me or the millions of people living with chronic conditions, it is about persistence. You may be asking why I am writing about degenerative disease and persistence? I have to say it’s idiopathic. Sorry. Actually I am told that my writing is abstract. So in my abstract world  we all suffer from degeneration of a sort. It seems there are all kinds of elements trying to tear us down all the time, some physical, others mental. There is some weird irony that a physical degenerative disease placed me in a career helping others with their mental degeneration. 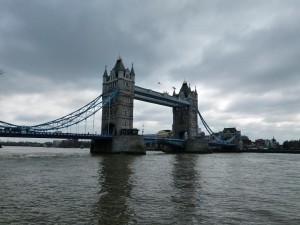 We are bridges connecting to one another. Think of a bridge. Day after day, year after year it stands against all the elements (wind, water, fire) trying to destroy it. The bridge is actually persisting; firm or obstinate continuance in a course of action in spite of difficulty or opposition. Sounds like a rough day at the office. The longer the bridge persists the stronger it’s perseverance. Think of it this way, persistence is effort it takes to preserver.

I see a bridge standing out there, arms out stretched, despite the rain, snow, wind and everything else bridges don’t like. Despite the action from outside forces that slowly attack the bridge (me) it remains. As I said, ABSTRACT. We are all bridges facing the elements poised to destroy us. Without effort to resists those elements, we slowly crumble.

In a way, physical attacks are easier to handle that mental ones because physical is overt (obvious). Mental attacks have the extra sting of coming from unexpected sources. In the military this is called Friendly Fire: attack coming from one’s own side.

In my years in and out of battle, Friendly Fire is the most mentally devastating because it destroys trust and cause you to withdraw in an attempt to gain control. The problem is you and I are bridges, connected to one another, withdrawing means slowly crumbling. How do you fight the urge to withdraw? You persist against the elements causing you to crumble. Persistence is the effort it is going to take to preserve what you got. It is going to take effort. If there is pain and effort to do the right thing, you are well on your way of battling the forces against you.

In the midst of the battle, remember you are a bridge. Connect to others for support. Remember, just because your trust is damaged, your faith is not. Trust relies on evidence. Faith is a belief without evidence. In an idiopathic life, faith is the most powerful tool. Faith eats trust for breakfast.

I have fought the good fight, I have finished the race, I have kept the faith.