If you have a belief, let’s hear it. I or anyone else doesn’t care if it’s not the same as mine. Or I should say, you shouldn’t care; it’s your belief.

In 2011, Ipsos conducted a poll for Reuters News in twenty-four countries. The issue was belief about the origins of human beings.

Respondents were prompted with “There has been some debate recently. Please tell me which of the following is closer to your own point of view” and presented with:

The results indicated 41% identified themselves as “evolutionists” and 28% as “creationists,” with 31% indicating that they “simply don’t know what to believe.”

The interesting thing is the three groups closely divided into thirds, meaning a third Do believe in creation or evolution, a third Don’t and a third are not sure. 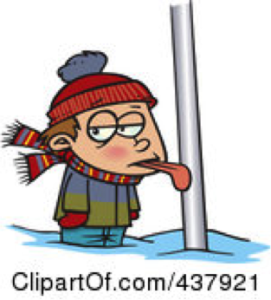 Belief is a powerful thing; it’s not easily separated from the believer. This is what concerns me; a third of us do not seem to have a belief. Unlike the 10th dentist in a popular tooth paste commercial. Remember, 9 out of 10 dentists recommend …. That is a brave dentist, I mean 9 of his colleagues chose xyz and he felt so convicted that he said “No.” I want to know more of the other 9. Did they all agree? If so, my admiration for number 10 grows. I bet at least four could not decide.

The power is in the choice. In my experience the choice depends upon three types of people. The DO, DON’T and DAZED. These three kinds of people or personalities decide the decisions. The DO, solve problems on their own. There is no magic to their problem-solving skills other than the fact of focusing on the solution rather than the problem. They have faith that a solution is out there. The opposing person is the DON’T. These people are obsessed with the problem to the point that they are blinded to any possible solution. Lastly are the DAZED, they are neither DO nor DON’T. Neither hot nor cold but rather LUKEWARM.

I am a Christian and a therapist, therefore, I am a Christian therapist and my belief in God influences my thoughts. Belief is a strong thing, if it is more than a casual acquaintance. When I share my belief, it is not my intention to separate anyone else from their’s  but only offer mine. My belief is just that: Mine. Because belief is so important, the assumption you have one. Guess what happens when someone tells me they have “No Opinion,” that’s right, I get hot. Not lukewarm.

I will tell you what I believe because I chose to believe it, just as you chose your beliefs. Considering a different way to look at a belief does not change it. I say this because many are threatened by considering a different perspective. This should not be the case; it suggests a weakness in the belief.

As a Christian therapist I see God as the Master therapist listening to our problems. He knows the problem better than we do. He will guide us for

Listen to wisdom, and do your best to understand. Ask for good judgment. Cry out for understanding.  Look for wisdom like silver. Search for it like hidden treasure.  If you do this, you will understand what it means to respect the Lord, and you will come to know God. (Proverbs 2:2-5)