The Choice is Yours

It’s official, you are responsible. According to my exhaustive research (counting votes) of the poll question,         What make a person LUKEWARM?

of you said it is caused by a lack of conviction. That means not having  a firmly held belief or opinion. You may ask, “How is that possible, everyone has an opinion.” I agree anonymous person, but its not the absents of opinion but rather how Firmly it’s held.

Wishy-washy is a limp noodle. It flip-flops this way and that. 27% said that is the cause. Everyone is so concerned with making everyone happy that they are unconvinced. I agree secret Santa but as a therapist for the last twenty years, I am not convinced people are concern with making each other happy. They should, but lack conviction.

26% say it is learned behavior and therefore is a universal problem to be expected. I agree my incognito compadre  but learned behavior is susceptible to the surroundings and so changes. In a word, it is Lukewarm.

Which brings us to the last of our respondents. Seems 7% of you identified with being so Lukewarm you could’t chose. I agree with this 100%, my invisible friend. It is funny that the answer choice I offered as a joke turned into the one I firmly believe. For me 7% of the population is stuck in perpetual neutral. They are neither going forward or reverse. Surprise! The Bible talks  about Lukewarm. That is the bad news for 7%. 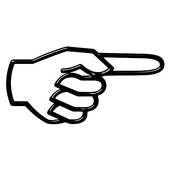 Having a choice is called Freewill. The idea is choosing for yourself. The choice then becomes personal, as in, you chose how to think, act and talk. That said, you are responsible for what you think, act and say.  If unhappy with your current location, you are the one that is responsible to move. If not, the assumption is, you must not be that unhappy. You are always in the driver seat, especially when you Don’t agree. Keep in mind, freewill is not freedom; freedom is dependent upon free choice. Choose poorly, freedom is restricted. Choose wisely and freedom is wide open. Freewill belongs to you alone; freedom is something we all share so be respectful of others when you choose.