Today is Black Friday, or it was when I wrote this. The day devoted to over-indulgence follows a day of abundant thanks for what we have, that’s Thanksgiving the American way. You have to read that last part with a sarcastic tone.  So it is appropriate that temperance be the next virtue covered in this series.

Temperance is about restraint. It is defined as moderation or voluntary self-restraint. Evidently, if someone else is restraining you, it doesn’t count. This may be a point worth noting. The virtue requires active self control, aka discipline. 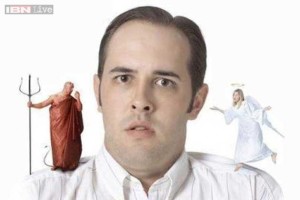 Discipline is common in the doing of something like diet, exercise, or writing a post once a week. You know those things we say we’ll do but often find an excuse not to. Temperance is the practice of self-discipline in not doing something potentially destructive; like restraint from retaliation. You know retaliation? Sure you do. It’s active form it is called revenge and it’s passive form it is called a grudge. And finally, the passive-aggressive form is setting bobby traps while pretending to be a friend.

This brings us to another form of disciplined restraint; anger-management. I often get court-ordered referrals for anger management. This is what they mean by involuntary restrain because these patients would not come to me on their own. Just one of the many perks of being a therapist (more sarcasim). Anger-management is a practice in PRUDENCE; she is the girl we talked about last week, and TEMPERANCE.

If you ever find yourself in a Southwest Virginia court for failure to practice either of these virtues, we might meet; I hope it is under better circumstances. Unfortunately vitreous behavior is viewed as unrealistic, saint like, actions done all the time for the benefit of others. In fact, a virtuous person is anyone that tries to apply them in everyday life. This means you think carefully and seek guidance before making a major decision: PRUDENCE. You practice self restraint from  potentially destructive actions; TEMPERANCE.

In the Judeo-Christian tradition, temperance is prolific. Meaning, temperance is a key to living the purpose driven life. The Old Testament emphasizes temperance as a core virtue. The New Testament does so as well, with forgiveness being central to theology and self-control being one of the Fruits of the Spirit.

Within the Christian church Temperance is a virtue applied to all areas of life. It can especially be viewed in practice among sects like the Amish, and Conservative Mennonites. It is a virtue that moderates attraction and desire; it is believed to combat the sin of gluttony. Temperance is commonly broken down into four main strengths: forgiveness, humility, prudence, and self-regulation.

When thinking temperance, think self-regulation, the kind which requires prudence. Self-regulation or self-control is your ability to override your natural tendencies, desires, or behaviors that sabotage your goals. Did you catch the not so subtle hint?

This is part of a series of short articles on Virtue that I plan to post once a week. If you enjoy these articles, please add name your email to get them delivered to you.