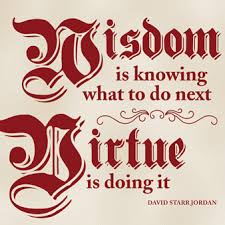 Aristotle said a virtue is a point between a deficiency and an excess of a trait. We Americans say, “To much of a good thing is not good.” Remember Virtue 101? You do not have to be good all the time to be virtuous, just more than not.

As a family therapist and teenager in another life,  I know the struggle to be a “good boy.” In Greek mythology this struggle occurred between good and evil. In fact, I have a story of a young man named Hercules.

As Hercules grew up, he started to think about the path to take in life. There is something important here you might have missed; the power of choice. In the beginning of anything, there is a choice to be made.

While sitting on a rock up on a hill, young Hercules saw two women approaching him. When they came closer, he could see that one was dressed in beautiful clothes; she had make up on, and looked wealthy. The other was pretty, but was dressed plainly.

The wealthy looking woman spoke to him first. She said, “Hercules, my friends call me Happiness and my enemies call me Evil. If you decide to follow my path I will make you rich and great. Everything that you desire you will have. You will never have to work, others will work for you.”  The other woman spoke after. She said, “My name is Virtue. I will speak to you sincerely. If you follow my path, you will have to work hard if you want to become rich. If you want to have great strength you must exercise your body. And if you want your friends and others to love you, you must love them and be good to them. My road is not easy…”

Hercules thought about the words of the two women, and decided to follow the difficult path of Virtue.

There are seven Christian virtues  which are actually the blending of two sets of virtues. First is the four cardinal virtues, from ancient Greek Philosophy : prudence, justice, temperance (meaning restriction or restraint), and courage (or fortitude). Second is the three theological virtues, of  faith, hope, and charity (or love). Of these seven virtues, love is the greatest.

‘Love the Lord your God with all your heart, soul, and mind.’This is the first and greatest commandment. The second most important is similar: ‘Love your neighbor as much as you love yourself.’  All the other commandments and all the demands of the prophets stem from these two laws and are fulfilled if you obey them. Keep only these and you will find that you are obeying all the others.”

Love is the greatest of the Christian virtues and I plan to talk about all seven but I want to start with Prudence.

Prudence, besides being a uncommonly cool girls name, is the ability to see ahead. That is to use reason to consider which path to take. Hercules used prudence in deciding to take the path less travel. Why? Why did Hercules choose the harder of the two? Why did he seek pain? I got an idea; No Pain No Gain. It is a way to govern and discipline you by the use of reason. Did you catch that? It is a form of discipline to delay an action until you have considered the consequence.

Sometimes people make the same mistake again and again not because their mentally challenged but because they are undisciplined.

The word Prudence derives from the Latin prudentia meaning “foresight.” It is often thought of in terms of using wisdom, insight, and knowledge. In this case, the virtue is the ability to judge between virtuous and vicious actions, not only in a general sense, but with regard to appropriate actions at a given time and place. 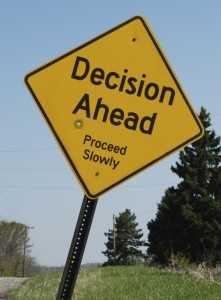 Let’s stop for a moment. Consider what happens if we … STOPPED TO THINK. Prudence is saying slow down; consider your actions (both good and bad) before you decide. Although prudence itself does not perform any actions, all virtues have to pass through her. For instance, distinguishing when acts are courageous, as opposed to reckless or cowardly is an act of prudence, and for this reason it is classified as a cardinal (pivotal) virtue.

Let me know what you think. Leave a comment.