To PING or not. That’s the Question?

I PING. You PING. We all PING, for ice PING. Forget that last part, I have no idea what’s a ice Ping. The only time we don’t PING is when PP (Potential Pingers)  are not around . Whenever PP are within, I too ping. I can’t help it, it’s how I navigate the unspoken word. According to Wikiepedia, a Ping is in everything from sonar to politics:

For the last of our Pings. I can only imagine that Mr. and Mrs. Ping, fearing that the last name alone wouldn’t ensure teasing, named their son Nim-rod.

We PING off each other because we are sensual beings. Everything we experience in life is only possible though our 5 senses 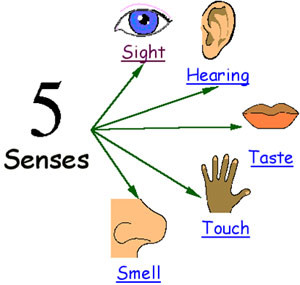 .The senses are frequently divided into exteroceptive and interoceptive:

Why am I telling you all this? To show that you were made to PING. It is how we make sense (pun intended) of our world.  PINGing happens, when you don’t know it. This means you and I are cell towers. Literately because we are towers of cells. Get it? CELL towers. O.K., it was a bad joke. We are also figuratively cell towers because of the way we PING off each other

Let me give you a common example of the PING. It starts when I come home from the office. As soon as I step into the castle, the PINGing begins. I am not sure who or when it starts. It really doesn’t matter since there is continue PING action whenever multiple PINGers are in range. Anyways, the PINGing starts. It could be a look or maybe nothing at all. Might be a word but it doesn’t matter because the PING is interested in the tone, sight, and feel of the word … or lack of a word. Are you beginning to understand the importance of the PING and how complex it is? To make it worst, everyone is on a slightly different frequency.

After 21 years of marriage, the wife and I are on the same frequency. Most of the time. It has required a series of tweaks and fine toning to understand each others PING. That would be good news if it was only the two of us. The thing is; we have three children. That is five PP’s (Potential Pingers) living together. You see were I am going. The more PINGing, the greater the need to respect the PING. My example is a family. Think office, church, dorm, post office, restaurant. See what I mean?

The conclusion is where the blogger (ME) I imparts a pearl of wisdom, here it is, RESPECT THE PING. Realize that from the time you wake till the time you sleep, you

and everyone else is communicating. Either verbally or non verbally, we are always saying something. And that something is being received and analyzed by any number of PP’s in range.You cannot turn off the PING but you can modulate the transmission and reception. This means you control what comes in and goes out. If you are having trouble sending and/or receiving, talking or listening without harming yourself or others, it’s better to isolate your PING until you can control it. This is what the TIME OUT is for.