What’s in a WORD? 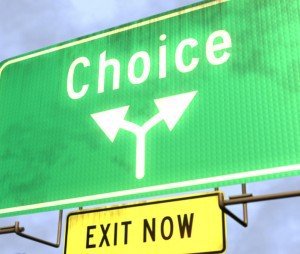 I’m not a linguist but I am a fan of the word. The WORD, as explained by other words is a single distinct meaningful element of speech or writing. As I sit here in my living room with my coffee and laptop, I know that I have no idea what will be of this post. I start with a solid idea, and as both tangible and intangible words appear, that solid brakes into several pieces.  Now I have a puzzle, and I am not sure what it makes. This state of mind has many WORDS some of which are ambiguity, apprehension, confusion, distrust, fear, hesitation, misgiving, problem, reluctance. Ahhh, I knew I would stumble unto my namesake; RELUCTANT.

There are two reasons I am a Reluctant Therapist. 1.) My solid idea at 18 was not to be a therapist. I knew of the word but that was all. At 29, that solid broke into a puzzle to which I had no picture. Can we say  ambiguity,  apprehension,  confusion,  distrust,  fear,  hesitation,  misgiving, problem, and reluctance? 2.) This one is less metamorphic; I doubt anyone listens.

“Doubt isn’t the opposite of faith; it is an element of faith.”

In my salad days, Doubt often paid me a visits. Most of the time he would crash on my couch uninvited, or so I thought. He would say the same things over and over again until I was frozen in a state of indecision. So there I lie on the floor in this state of paralyze as Doubt questions what I believe as well as my thoughts, feelings, and decisions. He is the reason I didn’t ask a girl to dance until I was 17.

By delaying or rejecting a decision based on the fear of mistake, I delayed ACTION .

One day, all that changed. I think it was a Tuesday when I discovered where Doubt lives. On that day I paid Doubt a visit. Turns out doubt lived a lot closer than I thought. He lives on the corner of belief and disbelief. His neighbors on one side are uncertainty, distrust, and the lack of sureness in what I know, do, feel, or decide. But on the other side lives assurance, belief, calmness, and certainty. It all depends on whom I choose to visit.

Doubt still pays me a visit and takes a place on the couch, but it’s because I delay taking action. See, if I visit Doubt, I control the visit. If I wait until Doubt creeps into my house, I am less able to control the visit.

Between feeling and action, there is a decision to act or not. “Do I dance or not?” This is an intersection worth visiting. It is worth visiting because all the tools that make the decision are designed to pass through this intersection. Doubt is agathokakological: it’s both good and bad depending on what you choose.