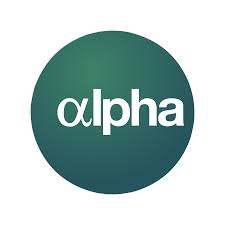 There was a time in my twenties that I fit the popular definition of Alpha but I was NOT.

When I was eighteen I graduated from a small Indiana high school; graduating class of 198 small. At 6′ 4″ and 175 lbs., I was a lean (not skinny) Hoosier that played football in the Fall, wrestled in the Winter and worked on a farm in the Spring. Nothing made me more uncomfortable than a girl that showed interest in me.

In the summer of 1982 in Columbus Georgia things started to change. That summer I left small town Indiana for the Army. For the first time I was living, working and competing with guys I didn’t even knew existed. There was the surfer dude from Redondo Beach, California,  the bully from Baltimore, Maryland and the odd ball from Fall River, Massachusetts. We were told to work as a team but quickly learned they wanted us to be an army of one. I learned how to acclimate to changing environments, to get the job done and not be discovered, how to change the parameters to benefit me (cheat), in short, how to kick ass and take names. My eighteen-year-old brain thought I was becoming a man. It wasn’t until my forties that I got a clue.

If anyone supposes that he knows anything, he has not yet known as he ought to know; (1 Corinthians 8:2)

It is better to be familiar with the opposite of something in order to really be aware of that something. So the opposite of humility is arrogance, selfishness, self-righteous,  and judgment. When I ask someone to tell me of someone who is humble they usually say, “Grandma.” When I ask them to tell me someone who is not humble they usually say, “Christian.”  😛  That’s a joke but you get my point. Humility started it’s decline in the 1840’s and hit bottom in the 1980’s. Don’t remember the 80’s? Ask someone, they’ll tell you it was the “ME” generation.

When pride comes, then comes dishonor, but with the humble is wisdom. The integrity of the upright will guide them, but the falseness of the treacherous will destroy them. (Proverbs 11:2-3)

This is what gives Alpha strength.Without this the Alpha is a poser. Few have the strength of faith in the face of opposition. Here is a post about what I mean → Faith eats trust for breakfast.     OR    Got Faith

3. Perseverance: the quality that allows someone to continue trying to do something even though it is difficult.

Many confused perseverance and persistence. Rather then go into them, I will give you another post to read → PP for you.

This, for me, is the Great Chase. My purpose is to glean any wisdom I can from an experience and decision I have. Somewhere in my 40’s in paid off; I got a clue. You know I have a post about wisdom →   Something about Prudence.

5. Virtue: a person’s principles or standards of behavior; one’s judgment of what is important in life.

I know your deeds; you are neither cold nor hot. How I wish you were one or the other. So because you are lukewarm — neither hot nor cold — I am about to spit you out of My mouth! (Rev. 3:15-16)

Just so you don’t feel jipped I will leave you with yet another link → Lukewarm Burns Me.